Vote No On The Referendum

Prior Lake has a good school system, and, as the community grows, the school system has to grow with it. More students bring a need for more classrooms, improved security, and better access to technology. Citizens for Accountable Government (CAG) understands the need and supports the School District’s goals, but not the May 24 referendum. We recommend a NO vote.

Voting NO returns the question to the School Board for reconsideration and much needed revision. The $150 million referendum is the largest ever voter approved tax increase in the history of School District. That’s an issue in itself, but a far greater issue is how the District made its determination and how and where it proposes to spend the referendum money. Will it go for education and academic needs or will it enrich a consultant and provide for wants instead of needs?

It is not easy to publicly encourage a NO vote on a school referendum. Undoubtedly some may label this position as anti-school, and some will consider it unfair to the School Board members who are over worked and underpaid for what they’re supposed to accomplish. We recognize that every School Board Member has the student’s interest as their highest priority. However citizen awareness and a willingness of citizens or citizen groups to speak up are vital to accountable government.
Briefly
We believe that the fiscal magnitude of the project goes far beyond what is needed to accommodate the growth in student population, or more specifically that a whole lot of wants have been added to what is really needed.
We believe that the Agreement that the District has structured with its consultant, Nexus Solutions, gives this small consulting company far more control of the project than is warranted, and a far bigger piece of the referendum dollars than justified.
We believe that the needs and the wants of the School Administration should have been segregated into separate questions on the ballot, so that voters could express preference by voting yes on the items they consider to be essential, and voting no on those things they consider unimportant.
We believe financial sustainability requires a more fiscally conservative approach to meeting the future needs of our District.
Lastly, we believe that returning the question to the School Board for reconsideration and revision, and utilizing input from many, experienced, business, engineering, construction, and educational professionals in our community, who would be willing to offer their expertise at no cost to the District, would yield a more cost effective program at less expense to taxpayers.
Here are some key facts you should consider:

• The School District selected a consultant; Nexus Solutions to create its facilities plan and manage the project. That selection and the process the District followed in making their determinations were seriously flawed and suggest a complete breakdown in fiscal oversight and accountability. We believe the scale and scope of the plan proposed by Nexus Solutions goes beyond what’s needed to accommodate the academic needs of a growing student population. We expressed this opinion in a May 5 letter to the School Board. That letter and the District’s reply are shown below

• A recent May 7 news article in the Prior Lake American, Three questions about the referendum, raises similar serious questions. According to the article the School Board approved the selection of Nexus Solutions to head up the $140 million with no questions being asked. No questions in spite of the fact that Nexus Solutions will reap millions in revenue. It also reported that Mike David a founder of Nexus Solutions said that their company’s largest project to date “was a facilities plan worth $315 million,” a claim that is blatantly false.
We strongly encourage you to look beyond the hype and get the facts, and know the facts before you vote. Please read the Nexus Contract and the referendum project list, and ask yourself. Is this where you want referendum dollars to go?

CAG’s letter to the School Board

Who Is Nexus Solutions? 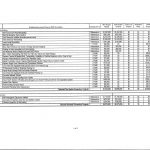 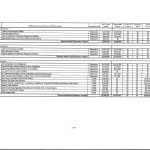 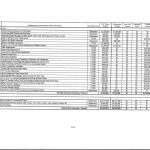 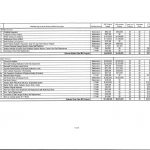 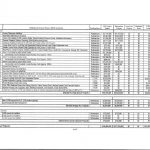 Next post: Commentary: School board has to rethink referendum details

Previous post: CAG encourages the School Board to withdraw the Referendum