Why Vote No On Referendum

OUR SCHOOLS HAVE GIFTED DEDICATED TEACHERS, AND STUDENTS WHO ARE ANXIOUS TO LEARN.

BUT WE NEED MORE CLASSROOM SPACE, AND RESPONSIBLE MANAGEMENT OF THE RESOURCES REQUIRED TO GET US THERE.

Population growth plus the Board’s open enrollment policy, have overloaded available classroom space in our District.

We believe the problem must be fixed, but in a fiscally responsible manner.

CAG does not believe the Board’s relationship with Nexus Solutions, and the resulting fiscal policies meet a criterion of fiscal responsibility or accountability.

FISCAL CREDIBILITY SHOULD BE RESTORED BEFORE PUSHING THE TAXPAYERS DEEPER INTO DEBT.

THE NOVEMBER REFERENDUM APPROVED BY 5 OF 7 BOARD MEMBERS IS COSTLY.

If passed, it commits in-district taxpayers to:

$172 million in tax payments over 20 years, to pay off just the new referendum bonds.
A 37% increase in the cost/student local operating tax levy

Taxpayers in the District pay the total bill for the referendum.  Out-of-district residents with students in our District schools, pay none of the referendum imposed tax. 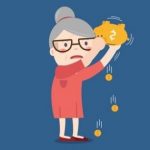 If the referendum passes, Nexus receives an estimated $13 million revenue, in addition to approximately $10 million they received since hired-assuming budgets and projects don’t increase as they have in the past, where Nexus has been involved. 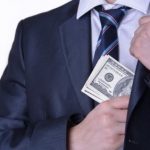 WHAT NEXUS GETS PAID FOR

Nexus was paid $5.3 million to consult on maintenance projects like crack sealing of blacktop, repair of retaining walls, or resurfacing the running track, and on bigger projects like $3 million for synthetic turf.

District authorization to Nexus for professional services (consulting) on turf project was $426,511.

WHY DOES IT REQUIRE A CONSULTANT TO SOLICIT PROPOSALS AND AWARD BIDS?

WHAT SHOULD BE DONE?

THE CLASSROOM SPACE PROBLEM CAN BE SOLVED BY REJECTING THE REFERENDUM, AND THEN TAKING THE FOLLOWING STEPS.

2) ELIMINATE OPEN ENROLLMENT TO THE EXTENT PERMITTED BY MN STATUTE

3) DEVELOP A FISCALLY RESPONSIBLE REFERENDUM FOR VOTER DECISION IN 2018

CAG CANNOT SUPPORT COMMITTING MILLIONS OF TAXPAYER DOLLARS, TO BE SPENT BY THOSE WHOSE FISCAL POLICIES AND DECISIONS HAVE NOT EARNED TAXPAYER CONFIDENCE AND TRUST.

WHAT IS CAG’S NUMBER ONE CONCERN?

July 16: Board approves hiring of Nexus (Cink made recommendation to the Board, in absence of Superintendent Gruver.)

In 2 months Nexus went from being non-existent, to receiving a facility planning contract signed by Business Director Julie Cink, with a requirement for the District to “contract with Nexus for all professional work required to implement the project”.

Nexus, a start-up consulting company with no operating history, references, or financial report that we’re aware of, was handed a sole-source multi-million-dollar package.

AS A BUSINESS MODEL, THIS IS IRRESPONSIBLE, AND TOTALLY UNFAIR TO TAXPAYERS.

WHY CAG RECOMMENDS VOTE NO

NEXUS: We cannot support millions of taxpayer dollars going to a company whose hiring defied all credible business practice.

PRIORITIES: The proposed referendum is an all-or-nothing basket, with no prioritization of critical needs vs wants, some driven by small groups with special interests.

OPEN ENROLLMENT: Continuing open enrollment when we have overcrowded schools, makes no sense at all.

FISCAL MGT: We have no confidence in the integrity of the District/Nexus connection.

WE CAN DO BETTER, FOR OUR KIDS, AND FOR THOSE WHO TEACH THEM.

Prepared and paid for by Citizens for Accountable Government.

Data & facts in this brochure were obtained from records of MN School District 719.  We have diligently attempted to be fair and accurate, but do not guarantee accuracy or assume liability for the contents of this brochure, or data sources used.
October 16, 2017

Next post: Commentary: So-called ‘distractions’ need to be addressed